Tolarian Tutor: Learn To Be A Better Aggro Player in Magic: The Gathering

Or you can support me directly over at Patreon -https://www.patreon.com/tolariancommunitycollege

Tolarian Community College is brought to you by Card Kingdom! You can support The Professor just by checking out their store through this link: http://www.cardkingdom.com/TCC

We’ve mentioned before that there’s more to playing Aggro decks then just turning creatures sideways and “smashing face” every turn. There are times when even the most aggressive strategies will need to stop and consider a particular nuance in the game, or decide on a slightly more subtle tactic. In today’s session, we’ll be taking a look at how to play Aggro at a higher level, examining the common pitfalls many players make and how to avoid them. We’ll look at how to evaluate board states and cards for this archetype, as well as how to play against the other big deck types: Combo and Control.

As tempting as the mantra “Always Be Attacking” may be, there are times when holding back for a turn or two, or only partially attacking might actually benefit your goal of dealing the most damage. Let’s go to an example:

Let’s say that you’re in the middle of a game, and your opponent currently has two 3/3’s on board. You have three 2/2’s, and two more 2/2’s in your hand. You know you have the mana to play both of them on this turn if you want. But for now, do you choose to attack with all of your creatures?

First of all, let’s look at the best blocks our opponent might have in this scenario. If we attack with all of our 2/2’s, our opponent will block two of them with their 3/3’s, killing two of our creatures. Two damage will go through. If we cast our two 2/2’s on our second main phase and our opponent does nothing on their turn, then we’ve set ourselves up for the same scenario again, effectively trading four creatures for four damage. This isn’t a very efficient line of play, so let’s reset and see how we could maximize damage given this situation.

Instead of attacking, let’s assume we play our pair of 2/2’s, having a total of five 2/2’s on the battlefield under our control. On our next turn, we attack with all of our creatures. While our opponent’s two blockers are able to kill two of our creatures, we’re still able to get six damage through. Then assuming they don’t play anything on their turn again, we can get in for another two damage if we attack with all of our creatures again. In the same two turns, we’ve doubled the amount of damage we’ve inflicted on our opponent to 8, for the same cost of four creatures.

Even though we’ve waited a turn to build up our board, we’ve actually come out ahead against our opponent. As basic as it might sound, analyzing the board state is key in understanding when to play your cards.

When we play Aggro wantS to be able to hit our very early, low curve immediately and often, which means we will most likely be playing at most two colors. More than that, and we’ll run into problems if we miss a color or a land drop. For example, Mono Red Burn decks have almost always been a competitive staple in Modern and Legacy and have remained, thanks to its simple, one color land base. While more colors can give us more options, the focused nature of Aggro makes the possible risks less than ideal. 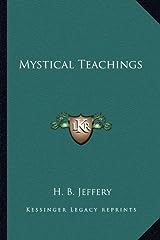 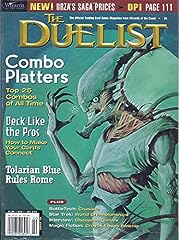 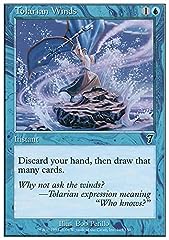 A single individual card from the Magic: the Gathering (MTG) trading and collectible card game (TCG/CCG). This is of Common rarity. From the Seventh Edition (7th Ed.) set. (as of September 21, 2020 - More infoProduct prices and availability are accurate as of the date/time indicated and are subject to change. Any price and availability information displayed on [relevant Amazon Site(s), as applicable] at the time of purchase will apply to the purchase of this product.) 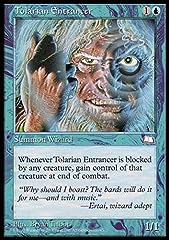 A single individual card from the Magic: the Gathering (MTG) trading and collectible card game (TCG/CCG). This is of Rare rarity. From the Weatherlight set. (as of September 21, 2020 - More infoProduct prices and availability are accurate as of the date/time indicated and are subject to change. Any price and availability information displayed on [relevant Amazon Site(s), as applicable] at the time of purchase will apply to the purchase of this product.)

The rest of my cards for my legacy burn deck are coming in two days so this was super helpful!

I disagree somewhat about anointer priest not being in aggro. Isn’t soul sisters aggro? It can pump your ajani pridemates

So many tutus. XD

Got here from both appearances on The Command Zone. Would love to throw down over some pizza and beer. You’re very funny.

I know i´m a little bit late, but pls continue this series. It helps a lot, new players or returning ones, like myself. And hopefully, i help you by watching your complete library, leaving a like and some comments here and there.

How do you deal with a well played black deck? I have a friend who has a decent black deck, but he plays it really well. I always end up running out of cards really early because of discarding. Any tips to at least perform better?

Would slivers count as Aggro or combo?

This video was great. The combat trick comparison was so helpful. Along with the other great information you had. Keep it up 🙂

Lol, my first deck was a goblin deck, so I just default to aggro. That makes when I try to create a control deck a hard time and it usually sucks.

He got real aggro at the end there.

I’ve made a mistake of attacking too early in my yesterday draft because I was afraid the opponnet has a sweeper.

I guess midrange, the natural predator, wasnt a match up worth discussing?

i love the haircut

I’m a bit surprised you didn’t mention Afflict. If you attack with a creature that has afflict, your opponent will take damage no matter what, often even having another benefit if it doesn’t/does get blocked.

I’m a beginner so i don’t understand a lot about mtg but at 6:50, how is the aggro player able to predict that the opponent has a fumigate?

Can’t wait for the combo video

How to be a better aggro player? Increase paint huffing, taking 20mg of Prickinol, and face-smash a few brick walls.

Thank you. I am trying to get into pro modern playing. Built an elf deck and often misplay buy summoning my entire hand. I have ways to regenerate my hand but often to late if I get a board wipe. I appreciate you pointing out the damage output.

My God, I love the Professor!

Heh locked board state islandwalk for the win lol

It should be noted that for some aggro vs control matchups, hedging against board sweepers is a losing strategy, and in those cases one should always dump one’s had as quickly as possible. It really depends on the win cons the control deck is playing; if they run something like Baneslayer Angel and you have no maindeck solution for it, you should never hold back. If they wrath you, you lose; if not, you probably win.

HELP me out guys! I’m playing mono red aggro against my friends black and white vampire / gain life deck. I always ALMOST beat I’m. After round 5 to 7 he is almost dead… then the game always ends with him having 20+ life and I’m dead. Any advice?

This dude is hilarious

Great video! I literally feel like I went to MTG school.

I would love to play some games against you sir. Sounds like an awesome challenge

Yep, this is the Davinator theme. Don’t know who came first, but not a good sign for either (unless there’s a SECRET CONNECTION?????!?)!

It’s still the easiest to play though…

People always made fun of me (in a good way, chillax, no bullying lol) for playing aggro, saying its easy and anyone can play it. Yea right, aggro is probably harder than anything else, you need to think every point of dmg, if kill a creature with fire spells or direct, planeswalkers. So many stuff, not as easy at it sounds.

Bushwhacking 101 be aware of how you telegraph your attack