Yu-Gi-Oh Legacy of the Duelist.
Developed by Other Ocean Interactive
Published by Konami

Yu-Gi-Oh has been around since 1998. When the television show aired in 2002, it was a hit. It was one of the most popular shows for kids and teenagers at the time. The show spawned alongside the Trading Card game. It didn’t take long for kids to bug their parents to buy them the Trading Card game. Naturally, I wanted them too. I played the card game with kids at school day in and day out. I collected the cards and learned strategies…until the summer in which I went back to hanging with friends and chasing after girls. Like any fad, it came and went. I stopped watching the show and put my cards away. I did however pick up the Playstation game “Yu-Gi-Oh Forbidden Memories” and played that for a few months. That was the last time I played any type of Yu-Gi-Oh. Over the next decade, Yu-Gi-Oh kept evolving. New duel styles, cards and strategies were developed and I felt that it would take too long to relearn. What drew me to Legacy of the Duelist was the fact that it offered the four series plus over 6000 plus cards. An added bonus was the multiplayer which would make finding matches a lot easier.

The story mode follows the Television series pretty well. Before every match it gives a bit of back story. Players can start off on one of four different. Starting off at the first campaign, it takes the player through each stage of Yu-Gi-Oh and introduces the player to new concepts. The player starts off as a Do-gooder protagonist who has a goal either to save someone in the game or by winning a Duel tournament. Like every plot, there is always a bad guy trying to thwart the plan. Through progression the good guy always saves the day in the final battle of the game. If you have followed the show than you’ll be most likely skipping the storyline. For those that haven’t seen the show, Yu-Gi-Ohs Legacy of the Duelist offers a very basic adaptation of the show. The only problem with games that follow movies and shows is that they can’t stray to far away from the storyline. For those hoping that this game will be different than any of the other Yu-Gi-Oh games will be disappointed. It copies the format of all of the other games that have been made over the years which means that we will still be seeing the storyline being played out by still images and text screens followed by duels. This causes Yu-Gi-Oh to receive the “Recycled Content” trophy.

The sheer diversity of the game is one of the major perks of the game. There is a so much diversity to the game that it can’t go unnoticed. With four different storylines to choose from players have a lot of option. If you don’t enjoy enjoy one story line, you may switch a different one. If you don’t like one duel style of cards, you can switch to any of the other 3. If your deck feels weak and you want to revamp your cards, there are over 6000 cards to choose from. Do you see the trend here? If you are bored of the story, why not play as the bad guys in the reverse duels? Or if single player isn’t your style then there is the Multiplayer mode… this brings us to our next point

Multiplayer
I know that most games have multiplayer included. The reason that I felt multiplayer was a pro is that fact that the user ultimately chooses how he wins the battle by constructing a deck or picking one of the pre made decks. If the user builds a bad deck then he will most likely lose. If a user builds a complex good deck than he findshimself with a better chance of winning. The complexity of how multiplayer works in this game is what I love about it. You need to react to every move your opponent does. One simple move can turn the game around and you need to adapt a new strategy. On top of the strategy that the other user is using you have no idea what cards he may have. This just adds to the complexity of the multiplayer. 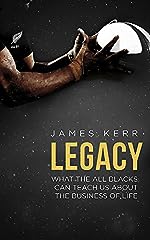 Legacy (as of November 27, 2020 - More infoProduct prices and availability are accurate as of the date/time indicated and are subject to change. Any price and availability information displayed on [relevant Amazon Site(s), as applicable] at the time of purchase will apply to the purchase of this product.) 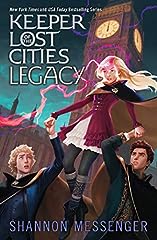 Great review! I was doubtful because of pack shop… I played the demo version and seeing shop section got afraid for pay-to-win mechanics. Glad the game actually isn’t like that.

So this game cover all four seasons of the first anime? I expected less, I have to admit.

You convinced me to buy it.

What are those songs you were playing?

The show didn’t air alongside the trading card game the tcg cards came after the english show.

I would rather the game have a few monster animations than none!

well the video is kinda.. old now but still great video! ;P although the originallity rating was kinda pointless since you really want a yu gi oh game if you’re looking for one right?! ;P

Awesome i want to play this so bad haha, i’m currently playing the IOS version of Yu-Gi-Oh Bam. When i was younger i always tried my best never to miss an episode!

compare the graphics to something like infinity wars and without any hesitation u can say that these graphics are not worthy at all. its lazy design and bad implementation choices. of course being yu gi oh fan im getting the game for sure 😛 the area is just so bland the yu gi oh play mats are better lol. and thats really saying something so underwhlemed with this release some things are great others are poor. my fav yu gi oh to date was millenium duels on xbox 360 wish they ported it to pc but cant have ti all right xD

Vary helpful. Didn’t answer my questions like: if the god cards are in game, but you’ve only played 30+ hours. You did answer questions I didn’t know I have and did buy this game. Thank you